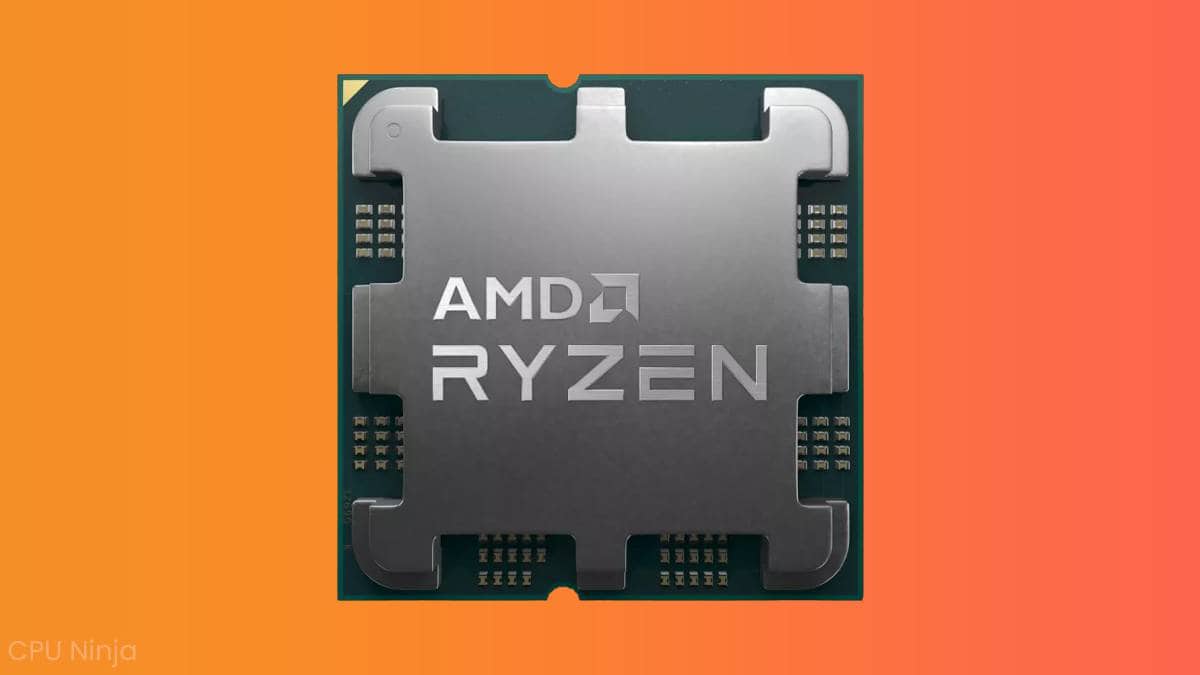 AMD has had quite a journey over the past several years since the initial release of their Ryzen processors in 2017.

From what we’ve seen, it seems that AMD will not stop breaking the barriers and will continue innovating, especially after Intel’s Alder Lake release. The only way for AMD to stay competitive against Intel’s 13th-gen Raptor Lake is with Ryzen 7000 Series.

If you’re looking for even faster gaming CPUs, there are some rumors that 3D V-Cache Ryzen 7000s may launch around the CES 2023 event.

For motherboards, you can pick from the higher-end X670 and X670E (Extreme) motherboards, which were released in September, or you could go for the cheaper options like the B650 and B650E.

If you’re looking for mobile CPUs or APUs, check out AMD’s roadmap below.

Both of these lineups are based on the Zen 4 architecture.

Here is the initial pricing for Ryzen 7000 CPUs.

To add to that, Ryzen 7000 does not support DDR4 motherboards and RAM which are substantially cheaper than the DDR5 platform while Intel’s 13th gen supports both DDR4 and DDR5.

Here are the new prices:

Although it’s possible that these price cuts are only temporary for Black Friday week and the holidays. We’ll have to wait and see if AMD sticks with these new prices.

If they don’t then it’s probably for the best to wait for the Ryzen 7000X3D or the non-X CPUs.

Here are the price leaks for Ryzen 7000 non-X variants:

Although, keep in mind there are rumors circulating that we won’t see X3D CPUs with more than 8 cores.

Let’s jump into the specifications and performance of these CPUs!

With Intel’s Alder Lake lineup in full swing and Raptor Lake in the works, AMD catches up with Zen 4.

AMD made considerable increases in clock speeds on all SKUs (more on that later) by moving from a 7nm process node to a 5nm node and increased TDP too.

“We designed Zen 4 to run significantly faster than our previous generation and that increase in frequency can translate into a smoother gaming experience. And while this is just one example we’re really excited for gamers to get their hands on our Ryzen 7000 series.”

Additionally, all of these Zen 4 CPUs come with an RDNA 2 iGPU, but it may not be as powerful as we thought. Nonetheless, it’s an improvement over no iGPU at all for video display.

Efficiency is another huge advantage for Zen 4, even though the SKUs are running at higher TDP than Ryzen 5000.

Here is a table of Ryzen 7000 SKUs that will release on September 27:

Based on a SiSoftware benchmark leak, the supposed Ryzen 7 7700 is a 65W CPU with a base frequency of 3.8 GHz. That’s 700 MHz lower base frequency than the 7700X, but it does have the advantage of lower TDP.

Both of these leaked CPUs have the same amount of L2+L3 Cache compared to the X-variants.

We also mentioned leaks of Ryzen 7000 CPUs with 3D V-Cache; however, leaks suggest that those will only be limited to 8 and 6-core configurations. So, possibly no Ryzen 9 7900X or 7950X with 3D V-cache.

To further boost gaming performance on Ryzen processors, AMD introduced 3D V-Cache. A method that allows L3 cache to be 3D stacked. With this, AMD managed to add 96MB of L3 cache on the Ryzen 7 5800X3D.

That’s three times more than the original 5800X and almost double compared to the 5950X.

With the Ryzen 7000 series officially on shelves and the review embargo lifted, we finally have third-party benchmarks from various sources to share with you.

First, let’s start with the Ryzen 9 7950X‘s strongest point, the multi-core performance. For this CPU, we went with Hardware Unboxed’s benchmarks for the best performance representation.

The Ryzen 9 7950X is about 40% faster than the Intel Core i9-12900K in Cinbench R23 (multi-core test). Those are some very impressive gains, considering that this flagship Ryzen still has the same core count as its predecessor.

And, when compared to its predecessor, it’s about 50% better at this benchmark than the 5950X. We rarely see these kinds of generational gains.

Let’s look at some other benchmarks:

That’s not all, though; what about gaming?

Here are several game benchmarks, but we won’t focus on any particular one; instead, we’ll look at the average.

Although it’s important to note that Intel was frequently number one when it came to CS:GO, but Ryzen 7000 wins them out by a huge margin this time around.

In a 12-game average, the difference between the Intel Core i9-12900K and Ryzen 9 7950X is within the margin of error, meaning they practically perform identically.

However, all of this performance came at a cost!

Power usage has spiked across the entire Ryzen 7000 lineup.

NOTE: Some users are reporting that Windows 11 might be affecting the performance of Ryzen CPUs. Although, AMD addressed this issue and have not found any evidence pointing toward a Windows bottleneck.

The Ryzen 9 7900X is the best pick for gaming and productivity performance at the same time while also being a bit cheaper than the Ryzen flagship.

Expect productivity gains similar to the benchmark images above. For example, in this Gamers Nexus Blender chart below, the 7900X trumps the i9-12900K while staying behind the 7950X.

Gaming doesn’t disappoint either, and it’s probably a much better choice (compared to the 7950X) because of its price tag.

Of course, this SKU is also a lot more power-hungry (about 20% more) than its predecessor, pulling around 200W. This CPU also runs hot, around 90 degrees Celsius.

Here’s Gamers Nexus’ review if you interested in more data:

The Ryzen 7 7700X is the middle-ground if you are looking for the best gaming performance, but some power for productivity tasks too.

Let’s look at some benchmarks. First up, gaming!

Getting right to the point, on this Hardware Unboxed benchmark, the Ryzen 7 7700X ends up on top of the chart.

In this Cinebench R23 benchmark which gives us a rough estimate of its productivity-related performance, the 8-core Ryzen is about 13% slower than the i7-12700K.

So, if you are looking to utilize multi-core applications, we suggest going with Intel’s 12-core CPU. Although, for video and photo editing on Adobe Premiere, Photoshop and After Effects, the Ryzen 7 7700X is considerably faster.

Of course, productivity performance isn’t going to be amazing since it has only 6 cores, but it’s not too bad.

Its multi-core performance is definitely behind the Intel Core i5-12600K, but it is comparable to the 8-core Ryzen 7 5800X thanks to the very fast cores packed in the CPU.

But do note that single-core reliant applications like Premier Pro and Photoshop will see huge gains and performance better than the i9-12900K.

Now, let’s get into the most interesting topic for this CPU, gaming!

However, this is not a bad thing. In fact, the CPUs will target this temperature to reach their best clock speeds, no matter the cooling.

The Ryzen 5 7600X operates at a 5% performance difference when swapping between a 360mm AIO and the box cooler, Wraith Spire.

AMD has specified numerous times that this kind of temperature will not have any kind of impact on the CPU.

Furthermore, you can enable “ECO Mode,” which cuts down the power consumption of the 7600X to 65W without any significant loss in performance.

In gaming, the temperature stays between 50-70 degrees Celsius.

For an in-depth explanation, we suggest checking out Hardware Unboxed’s video:

Regarding 3D V-Cache Zen 4 processors, we don’t have a lot of rumors on their performance, except that AMD may announce them in Q1 of 2023.

Although Moore’s Law Is Dead claims that Zen 4 V-Cache may be around 30% better than vanilla Zen 4 CPUs.

Here are some of the thoughts/rumors MLID shared on Zen 4 3D:

Moving To The AM5 Platform

After supporting the AM4 platform for around 5+ years, AMD moved to the brand new AM5 platform with a new LGA1718 socket. So, they’re switching from a PGA to an LGA socket.

AMD will support AM5 through 2025+, which is appreciated. After AM4, a shorter platform lifespan can be a huge dealbreaker for a lot of people.

A huge plus for the AM5 platform is that it will support AM4 coolers.

The biggest and most important change with AM5 is the support for DDR5 memory.

DDR4 paved the road for faster memory with very low latency, but it’s time to slowly retire it now and switch to DDR5 because it opens up the potential for faster clock rates, reduced power consumption, and latency.

Note that Alder Lake officially supports up to 4800MHz.

Unfortunately, this also means that the much cheaper DDR4 RAM is out of the question. You will be unable to reuse your old DDR4 sticks for this new platform.

But, with time, DDR5 prices should stabilize, and frequency will increase.

We suppose there will be an even smaller difference in performance with a lesser GPU.

AMD EXPO Technology, the new RAM overclocking technology, is another thing we can get excited about.

Supposedly, with EXPO, users will be able to safely overclock their RAM modules with just one press of a button. We assume EXPO is a similar feature to Intel’s XMP profiles.

Supposedly, this widespread use of PCIe 5.0 will allow motherboard manufacturers to add up to 14 20Gbit USB 3.x ports. In comparison, Intel’s Alder Lake platform can run only 4 of them at 20Gbit.

Also, Ryzen 7000 series are coming with a new heat spreader.

While most of the focus goes towards the desktop Ryzen 7000 processors, AMD’s next-gen mobile processors are also close to releasing.

Both Dragon Range and Phoenix are planned for 2023, and both of these lineups are based on the Zen 4 architecture, so we assume that these will take the Ryzen 7000 naming scheme.

Although it’s entirely possible that AMD names these as Ryzen 8000, we can’t know for sure until AMD announces them officially. Until then, let’s look at some leaks by Moore’s Law Is Dead.

These will be the successor to the Ryzen 6000 series and will be up to 8 cores and 16 threads. So, core count stays the same, but Phoenix will be on a 5nm process node so expect a 60% to 80% performance increase.

The biggest upgrade will be the inclusion of RDNA 3 GPUs, and we already know this is a promising GPU architecture for AMD, ready to compete against Nvidia’s RTX 4000 series.

The RDNA 3 GPUs can have up to 6 WGPs and up to 1536 Stream Processors, which supposedly provide performance comparable to the RTX 3060M.

With 1536 SPs, higher clock frequency, and DDR5 memory, these iGPUs will be world-class.

Not enough information on Dragon Range, but MLID expects that this lineup will go up to 16 cores and 32 threads to compete against Intel’s 95W H/HX SKUs.

Here are some SKU leaks:

It’s rumored that some of these SKUs might boost up to 5.0 GHz+ which isn’t impossible considering that the desktop Zen 4 CPUs will be capable of going above 5.5 GHz.

Information will probably go above 55W, but it should vary depending on the laptop model/cooling solution.

These CPUs should be extremely competitive, and it’s debatable whether Intel will have an equivalent answer. 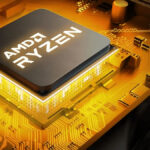 CPU vs APU – What Is The Difference?
Related Topics Tags