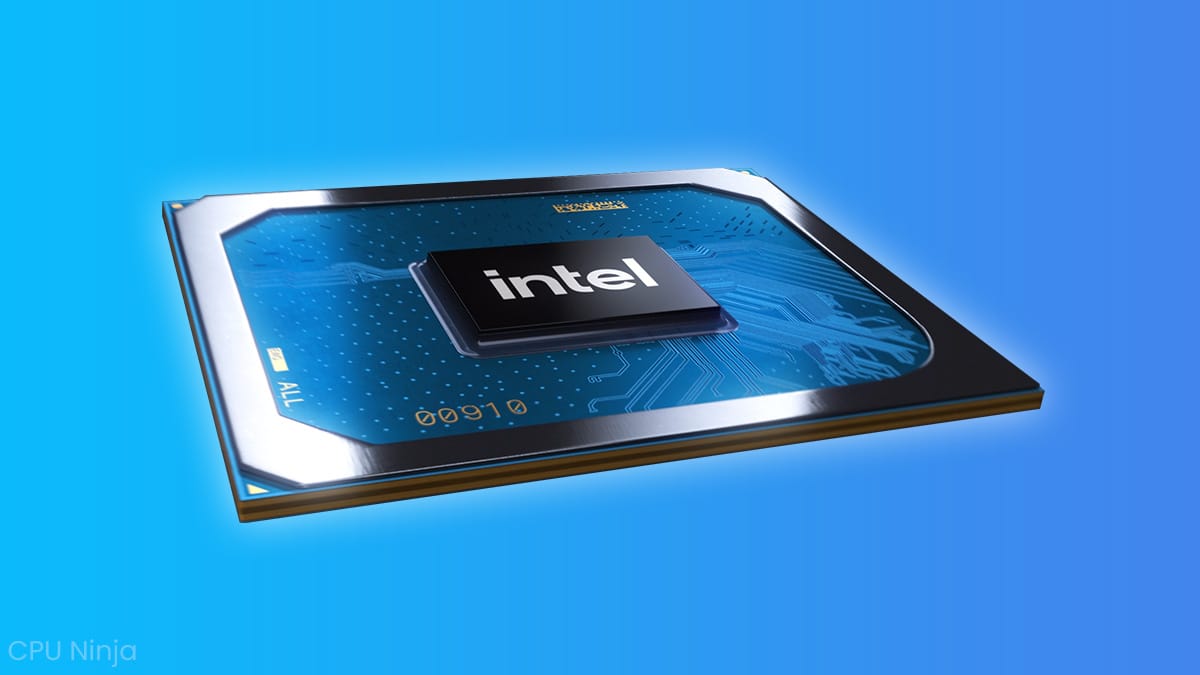 Intel’s Comet Lake (10th gen) in 2019 was the first clear sign that Intel is finally providing some real competition against AMD. That means high-end CPUs with high frequency and core count, solid thermals, and fair pricing.

Shortly after (2021), we got Rocket Lake (11th gen), a minor upgrade over the tenth generation CPUs.

This is the first generation of desktop processors to depart from the 14nm++ process and switch to Intel’s 10nm Super Fin process. That alone provides tremendous efficiency and performance gains for Intel’s CPUs.

Let’s take a closer look at the current information about Alder Lake.

Alder Lake’s launch was somewhat unique because only high-end K and KF processors were released. There were no lower-end processors like the 12400 or the non-K variant of the 12600K.

The same was true for motherboards. Only high-end chipsets were first available (Z690), and later in January 2022, more motherboards were released.

The switch to the 10nm Super Fin process brought considerable improvements over previous generations. A smaller process allows Intel to cram more cores onto a chip at high frequencies while keeping temperatures low.

The switch to a hybrid architecture will also improve performance while reducing power usage.

After a long wait, Intel finally made a massive shift in its CPU architecture. That meant moving away from the standard and switching over to a big.LITTLE hybrid architecture.

This is the first time such an architecture has been used for a desktop platform. Apple’s M1 chip is currently the only CPU using big.LITTLE core setup.

So, what exactly is big.LITTLE?

It is a combination of two types of cores into a single die (CPU). The cores work together to provide the best possible performance for the user and cut down on power usage.

The Performance-cores (P-cores) are optimized to boost as much as possible to deliver the best single-thread performance. Your system can use these cores to power your games and productivity applications.

The Efficient-cores (E-cores), on the other hand, are optimized to handle multi-thread workloads. As a result, these can be utilized while the P-cores are under load, minimizing interruptions, stuttering, lagging, etc.

These two microarchitectures cooperating can considerably improve the overall PC experience of all users.

While the P-cores are assigned to applications that require the most processing power (video games, editing programs, etc.), the E-cores work on all the applications in the background.

Here is an example of how that works. You’re playing Apex Legends. At the same time, you want to talk with your friends, so you have Discord open in the background.

You might also have YouTube open for some music. All these extra processes in the background will use a lot of resources.

However, with Intel’s hybrid architecture, the E-cores will take over all of those processes in the background, preventing them from interrupting the P-cores, which are already busy with Apex Legends. If necessary, extra power will be redirected one way or the other.

Another notable difference is that not all cores on Alder Lake CPUs will have hyper-threading. The smaller Gracemont E-cores have only one thread, while each Golden Cove P-core has the usual two threads.

Here is a specification table of Alder Lake’s current processors.

Intel’s entire list of Alder Lake CPUs is much longer than this, but we’ve cut down the list to some of the most popular picks.

Adding such a powerful CPU to such a tiny PC with no fans is only possible because the i9 has a TDP of 35W.

Below is a benchmark comparing the 12900K against previous AMD and Intel generations.

The i7-12700K is only about 1% faster in gaming performance compared to the 5900X and the 5800X. However, this is a negligible difference. The reality is that all of these high-end chips perform very similarly.

The i5-12600K competes with the 5600X, but again, the performance difference is minimal.

In the end, if you want to buy the right CPU, you have to consider factors other than raw performance. Consider the price of the CPU, DDR4 or DDR5 RAM, and the motherboard.

While these high-end chips from the Alder Lake lineup are extremely powerful and fun to look at, lower-end chips like the 12400/F are what most people will be buying.

From this benchmark, we can see that the i5-12400 is performing better than the 5600X in this specific title. Of course, this less than 1% performance difference is insignificant, but it shows that Intel’s $200 i5 can go against AMD’s $300 Ryzen.

In competitive titles such as CS: GO, Rainbow Six Siege, or Valorant, which are CPU heavy, the Ryzen 5600X outputs a whole lot more FPS.

It’s evident that the i5 offers much better performance per dollar in both gaming and productivity work.

Intel’s i3-12100F is another excellent option for anyone looking to build a budget gaming PC.

Unlike the desktop SKUs, mobile Alder Lake should have more of the LITTLE cores than big cores, which makes sense. LITTLE cores are slower, but they should also be much more power-efficient which is crucial for laptops or other mobile devices.

For the first round of the Alder Lake mobile, we’ll be getting H-class processors. Here is a list of some SKUs.

First thing big difference you may notice compared to the last generation of mobile chips is the core count. The i9s come with 14 cores and 20 threads which was expected.

Even though Alder Lake laptops are still not available to the public, there have been some reviewers that managed to get their hands on them. So, let’s see how these things perform.

Tech Spot recently reviewed the i7-12700H combined with a RTX 3080 Ti, and it seems like it stomps any other contender on the market.

Here are a few screenshots from Cinebench R23.

After unlocking the processor to 75W power draw, it increases the performance gap even further. In fact, it’s more than 30% faster than the Ryzen 7 5800H and 35% faster than its predecessor.

These are some crazy jumps in performance.

Will this kind of performance in synthetic benchmarks translate to gaming too?

Yes, definitely! Have a look:

However, it’s very important to note that this Alder Lake laptop comes with an RTX 3080 Ti GPU, which is considerably faster than AMD’s RX 6800M.

Also, consider the fact that these performance numbers come at a cost.

And that cost is power consumption. Based on Tech Spot’s tests, the i7-12700H draws up to 150W from the wall, compared to just 70W from the 5800H. That may mean bad thermals, bad battery life, etc.

We’ll have to wait for a 6900HX laptop to truly compare Alder Lake’s high-end SKUs with AMD.

For the people waiting on lower TDP CPUs, expect new Alder Lake-M SKUs later in 2022. M-class SKUs will probably be used in devices that require the best battery efficiency.

Recently, multiple mobile Alder Lake CPUs leaked on Geekbench 5. So let’s take a look at what Intel will offer with its mobile range.

Overall, these single and multi-threaded scores are looking pretty good. The improvements over the last generation start at 5% and jump up to 20% or maybe even more.

The new big.LITTLE technology is not the only addition to Intel’s CPUs. We will also see brand-new integrated GPUs, which is always nice to see. Another edition of the Intel Xe GPUs codenamed GT1 (for desktop) or GT2 (for mobile) – Gen12.

All of the desktop CPUs come with a 36 EU GPU (running at 1.5GHz), which isn’t a great deal more than the UHD 750 with 32 EUs. Even so, considering that desktop users rely on dedicated GPUs, GT1 is probably more than enough.

For laptop users, these new Intel Arc GPUs can be a game-changer. Both figuratively and literally.

The A770M has 16GB of GDDR6 VRAM, so it definitely should be fast enough to compete even with AMD’s and Nvidia’s high-end mobile offerings.

For content creators, you will be happy to hear that these new mobile Arc GPUs will also have full support for AV1. So, not just decoding, but encoding too.

Considering the speed of AV1 encoding and Intel’s new Deep Link feature, these GPUs will be quite fast in productivity work.

This LGA 1700 socket can be found on the new 600-series motherboards.

Intel will be using this same platform for Intel’s 13th-Gen Raptor Lake CPUs too. Is it possible to see multiple Intel CPU series on the same socket? We’ll have to wait and see.

AMD’s approach has been considerably better, supporting 4-5 CPU generations on the AM4 platform, with the appropriate BIOS version, of course.

However, switching to this new socket is not all bad news. In fact, it is largely good as Alder Lake supports DDR5 RAM and PCIe 5.0. Both of these new additions are huge leaps forward in the PC industry.

At release, only Z690 motherboards were available, which made 12th-Gen systems more expensive than they should be. Fortunately, later on, Intel released B660 and H610 motherboards that come with similar features at a much lower price.

DDR5 opens up a lot of room for future improvements. This generation of RAM is faster than DDR4, and faster RAM bandwidth is always welcome. However, it will take some time for DDR5 sticks to drop on CAS latency with higher frequency (6600MHz).

Interestingly, Alder Lake CPUs have memory controllers for both DDR4 and DDR5. In other words, users can upgrade to 12th gen Intel without spending unnecessarily on costly DDR5 RAM sticks (and DDR5 motherboards).

Remember that motherboards are unable to support both. They either support one or the other.

Another notable addition to Intel’s chipset is XMP 3.0. Extreme Memory Profiles or XMP is a technology that automatically configures your RAM modules. Enabling XMP boosts the RAM’s frequency and lowers latency, ultimately resulting in better performance.

XMP 3.0 is an updated version of XMP. The upgrade brings one more vendor profile (for a total of three), two rewriteable profiles, and customizable names too. That gives users more options to choose different frequencies, and those rewriteable profiles are user-tweakable.

PCIe 5.0 won’t change much for you if you care primarily about gaming. This is because even today’s most powerful GPUs, such as the RTX 3090, still do not utilize PCIe 3.0’s maximum bandwidth, let alone the bandwidth of PCIe 4.0.

However, once Microsoft’s Direct Storage API is released, those extra speeds could actually lead to improved gaming performance.

Intel’s IHS has not been changed for several generations until Alder Lake.

This time around, the IHS is just slightly taller than previous generations.

The release of Intel’s brand new generation of CPUs has been quite successful. Both customers and even the harshest reviewers have an overall positive opinion of Alder Lake.

The CPUs are fast, efficient, competitive, and priced reasonably.

All that remains is to wait for AMD’s move to debut their updated Ryzen 5000 series with 3D V-Cache and for Intel to release lower-end SKUs. 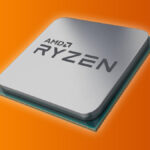