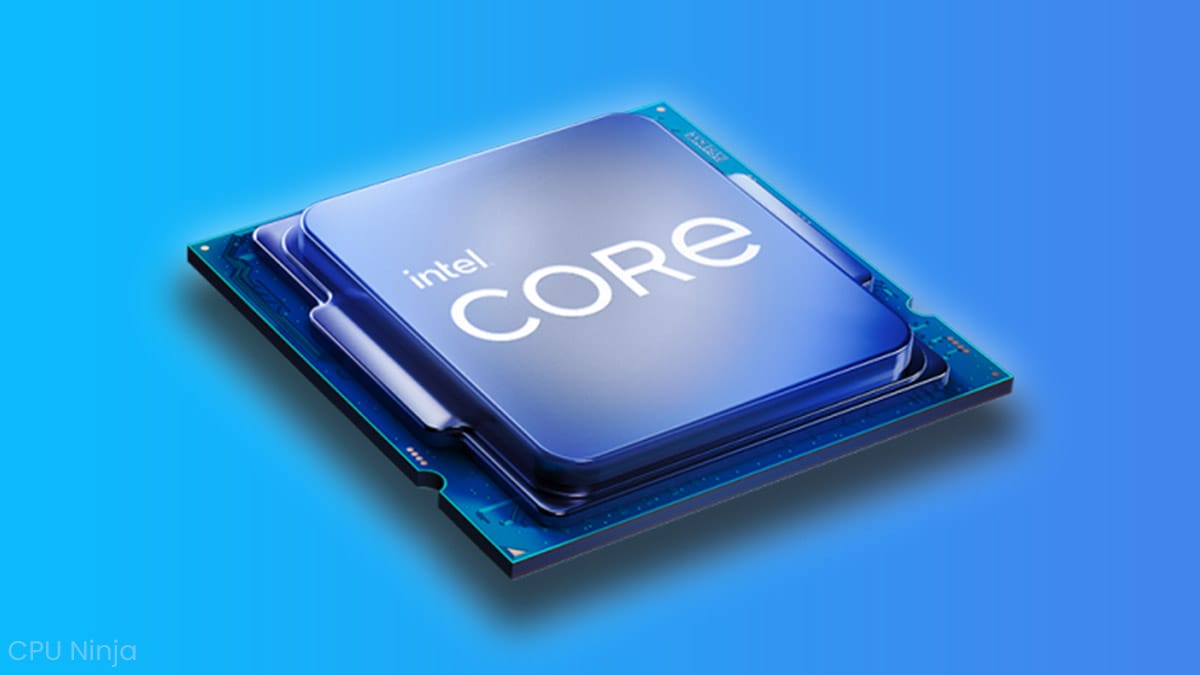 Once Intel’s 12th generation Alder Lake CPUs came in full force, it quickly dethroned AMD and took over as the best performance-per-dollar lineup in the CPU world.

The successor to Alder Lake will be Raptor Lake, Intel’s 13th-generation processors bring a considerable upgrade over 12th gen CPUs, but how do they compare with AMD’s Ryzen 7000 series?

Lower TDP non-K and F variant CPUs launched January 3rd, 2023, alongside the T variant CPUs that offer even lower TDP at the cost of base and boost clock frequency.

Note that AMD’s cheaper and lower TDP Ryzen 7000 processors are also out!

If you’re looking for the next generation of Intel processors, Meteor Lake will be coming in the second half of 2023.

Here are the prices for the initial Raptor Lake K-variant CPUs:

Here are the non-K and F variants:

Here are the T variants:

Overall, the pricing of these CPUs does not deviate too much from their predecessors, and it is pretty competitive against AMD’s Ryzen 7000 Series.

Intel’s 13th generation of processors use the big.LITTLE architecture (the same one on Alder Lake) on the 10nm Enhanced Superfin node or Intel 7.

Even though Intel didn’t go for a node shrink, the performance gains are quite impressive. The big.LITTLE architecture has a lot of room to grow and mature, and Intel can pull a lot of extra performance out of that.

Still, it will not be an easy road for Intel because AMD has the advantage of TSMC’s 5nm process and 3D stacked V-Cache which was announced at CES 2023.

Here’s a full specificaitons list of the Raptor Lake SKUs:

We’re excited to see how these new SKUs will fit on our CPU Hierarchy list.

The initial release of Intel’s 13th generation brought fast and power-hungry CPUs to the table, but the latter release delivered affordable and more power-efficient options.

And last but not least, there are talks about an Intel i9-13900KS, which should be the next fastest gaming CPU. Rumors say that the new i9 might boost up to 6.0 GHz, while its TDP is still unknown.

There were several performance benchmarks/charts Intel released, but to get a clear picture of the CPU situation, we’ll need to look at some third-party benchmarks.

The i9-13900KS is Intel’s last move with Raptor Lake to have the world’s fastest gaming processors. But AMD’s upcoming Ryzen 7000 CPUs with 3D V-Cache show a lot of promise, sometimes up to 20% more performance.

Here are some benchmarks:

Even when tested in popular games such as Cyberpunk 2077 and CPU demanding title Counter-Strike Global Offensive, the i9-13900KS is only about 1,5% faster than the i9-13900K.

When paired with a very expensive DDR5-7200MHz kit, the performance gap increases to 3%. Hard to justify $110 extra for just 3%.

The only reason why anyone should consider the i9-13900KS is for extreme and enthusiast overclocking because it has the potential for record-breaking overclocks.

This is probably one of the only wins we’ll see for AMD, as the i9-13900K will top most charts. But, it seems that the Ryzen 7000s do pretty well when it comes to single-core speed since CS: GO does rely on that.

In Shadow of the Tomb Raider, we see a similar story.

However, it’s important to note that running this i9 with DDR4 memory lowers performance. With DDR4 3600 MHz RAM, Hardware Unboxed recorded performance that’s 6% slower than the Ryzen 9 7950X.

Finally, here’s a 12-game average chart to give you an idea of how fast the i9 is against Ryzen 7000:

So, gaming looks pretty good, but what about productivity tasks and efficiency?

Both the Ryzen 9 7950X and Intel i9-13900K top the charts for productivity tasks. The Ryzen is usually faster in Blender, compression, and decompression, while the i9 outperforms in code compiling, Adobe Photoshop, and others.

Last, but not least is power consumption. To put it bluntly, if you are looking for an efficient processor, the Intel Core i9-13900K is not for you.

Gamers Nexus claims that the i9-13900K has the worst CPU efficiency.

Hardware Unboxed also chimed in on this topic and mentioned that cooling the i9 to prevent it from thermal throttling is almost impossible, even with 420mm AIOs.

This time around, we’ll start with productivity tasks simply because the i7 excels at them thanks to those 24 threads.

But, what about gaming?

Raptor Lake delivers exceptional gaming performance, so naturally, the i7-13700K is up there, delivering performance identical to the Ryzen 7 7700X.

However, to get that 7700X-like performance, you must go with DDR5 RAM and motherboard. Otherwise, the i7 with DDR4 memory will be about 6% slower than the Ryzen 7 7700X.

Power consumption isn’t great, as it comes right behind the i9-13900K and pulls slightly more power than the i9-12900K. The heat output is also pretty high, so make sure to get a beefy cooler for this CPU.

The i9 and i7 are certainly one of the fastest CPUs in the world right now, but what about something with a much better price and considerably less power-hungry?

The Intel i5-13600K is undoubtedly the best value CPU you can get out of the entire generation, for now.

This CPU delivers in all aspects while holding a reasonable price tag. To prove that, here are the benchmarks:

While these are charts just from two games, Final Fantasy XIV and Far Cry 6, the performance is consistent all across the board.

The i5 is only about $20 more expensive than the 6-core Ryzen, so the superior option here is obvious.

But the bad news for AMD doesn’t end there. In productivity workloads, the i5-13600K is also pretty powerful.

The only real downside to the Intel Core i5-13600K is its power consumption, something that we’ve noticed with all 13th-gen CPUs.

Peak power consumption is around 160W (with an all-core workload), surpassing even the i7-12700K. Although ultimately, its efficiency is better than the Ryzen 5 7600X!

While the i9s, i7s, and 13600K get most of the focus during the release of a new CPU generation, the real value is always in the lower TDP CPUs.

Over the past couple of CPU generations, even low-core CPUs offers some serious value, especially in gaming.

However, AMD’s Ryzen 5 5600 and Ryzen 5 5500 have already gotten huge price cuts, so the i3 does have competition. Let’s look at how Intel’s 4-core CPU fares in games.

Considering that both CPUs come at a similar price, the Ryzen is the obvious pick.

Intel does have a few aces up its sleeve. In this new generation of processors, Intel will also introduce the new high-performance (P-Cores) core, Raptor Cove, which will replace Golden Cove cores from Alder Lake.

Three of the most popular SKUs get an upgrade in cores, threads, and core clocks.

We’re interested to see how the i9-13900K will boost considering Intel’s new boost technology, Enhanced Thermal Velocity Boost. Will it stay at 5.8 GHz, or will it go above 6.0 GHz like some leakers mentioned?

Although, the Intel Core i9-13900K and i9-13900KF are currently the only CPUs with Thermal Velocity Boost Frequency.

One thing is for sure is that Intel will have a strong contender for the fastest gaming CPU title with a supposed IPC increase and this kind of boost clock.

AMD’s flagship gaming CPU, the Ryzen 7 5800X3D, has a considerable performance gain over the regular 5800X thanks to the new 3D V-Cache technology. AMD managed to cram 96MB of L3 cache in one CPU with this technology.

So, it’s apparent that cache memory can significantly impact gaming performance. Maybe that is why Intel is also planning to bump up L2 and L3 cache. At least, that’s what the leaks suggest.

So, each Raptor Cove core will get 2Mb of L2 cache (compared to 1.25Mb for Golden Cove), while each Gracemont Cluster may have between 2MB to 4MB.

L3 Cache will also be upgraded to 3Mb per P-Core and 3Mb per Gracemont Cluster. So, potentially that’s 32MB of L2 cache + 36 MB of L3 cache, which amounts to 68MB of cache.

Intel is well known for changing its socket/platform too frequently, but, fortunately, this new generation of CPUs will fit in the same LGA1700 socket that Alder Lake used.

So, if anyone is looking to upgrade from Alder Lake to a Raptor Lake chip, any of the old motherboards will suffice. But, of course, with the right BIOS version.

Unlike AMD, though, Intel will continue its support for DDR4 memory with Raptor Lake, ultimately making the switch to this new platform relatively cheaper.

So, when you’re building your Intel 13th-Gen system, you can either go with DDR5 or DDR4 with the 700 series motherboards. Supposedly, the new motherboards will support DDR5 @ 5600 MHz out of the box.

More USB 3.2 Gen 2 ports will be added, and Thunderbolt 4 will be included.

However, it’s not all good news.

PCIe 5.0 M.2 opens up the room for considerably faster SSDs which we imagine is something many people have been waiting for.

This slide also confirms the leaks that Raptor Lake will support DDR4 too.

That’s about it from Raptor Lake. Intel released all of the 13th-generation processors, which brought more than enough performance over Alder Lake.

Next up is Intel’s 14th-Gen CPUs, Meteor Lake! 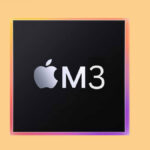