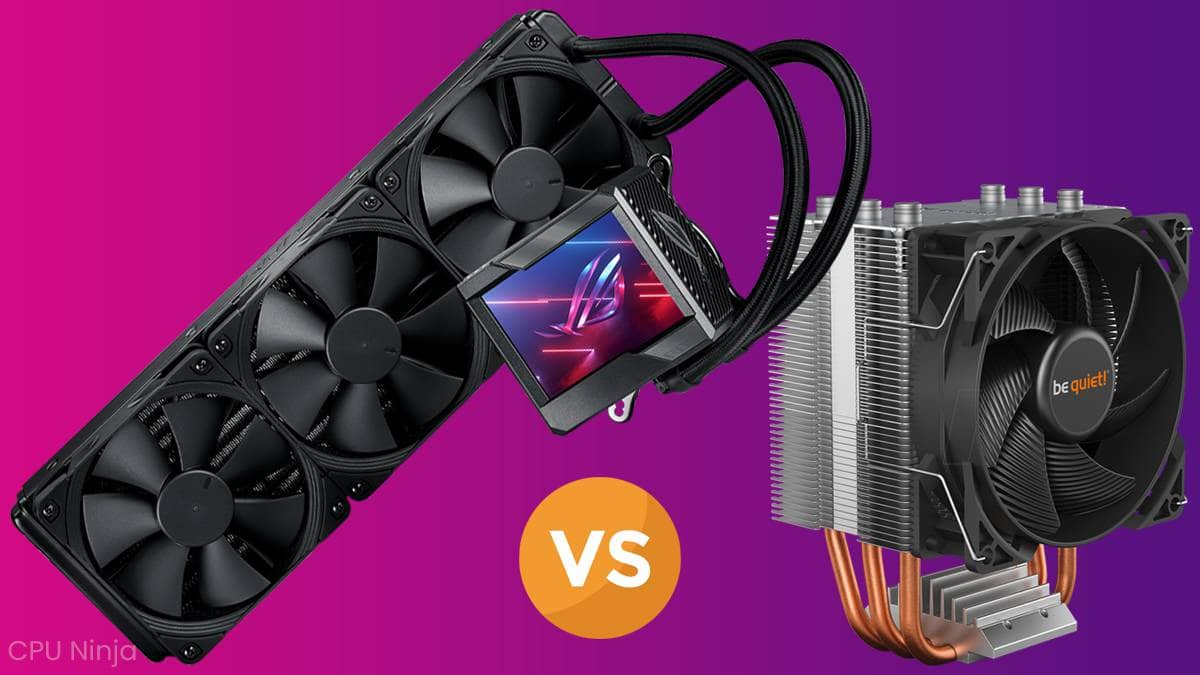 Choosing the correct type of cooling when assembling a PC is as important as any other part of your build.

Making the right decision here will allow you to push all of your other components to the limit. For the majority of PC enthusiasts, this is one of the most important aspects of a build.

The wrong decision, however, will likely lead to reduced performance, damage to your PC’s components (a worst-case scenario), and a lot of frustration.

Among the PC-building community, the question of whether to install an Air Cooler or an AIO is often one of the most commonly asked on websites such as Reddit, Tom’s Hardware, and PCPartPicker.

This guide will teach you about the pros and cons of both choices and hopefully help you make the right decision for your next build.

What Is An AIO?

For those unfamiliar with the term, an “AIO” stands for an all-in-one closed-loop liquid cooling system. That’s quite a mouthful, which is why we will continue to call it “AIO” throughout the rest of this guide.

An AIO functions very similarly to the cooling system of a car’s internal combustion engine.

A water pump cycles the liquid through a water block mounted on your CPU (Computer Processing Unit) and out to a heat exchanger, which will usually be a radiator. The radiator is cooled by one or more fans.

AIO’s are also called “closed loops” because they are never meant to be opened. This is different from “custom loops”, which require maintenance and are far more prone to failures.

What Is An Air Cooler?

Fans can be installed in many different slots on your case, depending on the model you have, and sometimes directly into the CPU.

An air cooler occupies a lot less space compared to an AIO system, meaning you have a better chance of fitting it into your build. They also don’t cost much, so most beginners choose them over AIO’s for their first build, especially when working on a budget.

However, having multiple air coolers installed at the same time can be quite noisy. If you are someone who enjoys complete silence while working, this can be problematic.

Whether you should purchase an AIO or air coolers for your build is largely a matter of personal preference, but you should consider the following things.

It’s no secret that the PC-building community is split fifty-fifty when it comes to which of these cooling solutions they prefer.

Some say AIO’s are superior, while others believe the possible risks of leaks and pump malfunctions are simply not worth it.

Let’s look at a comparison and the things you should be the most concerned about when choosing between the two cooling solutions.

Pros And Cons of AIO’s

The advantages of AIO’s are:

The disadvantages of AIO’s are:

Pros And Cons of Air Coolers

The advantages of Air Coolers are:

The disadvantages of Air Coolers are:

Right now, the outcome of this “battle” probably seems pretty equal. That’s because the answer to this question has always been one of personal preference.

Those who like pushing their systems to the absolute limit will benefit from the improved cooling performance provided by AIO’s while more “casual” users are unlikely to even notice a difference between the two.

From a practical point of view, if you are building a PC with a standard case that isn’t transparent, go for the cheaper solution, which is air coolers.

If you prioritize aesthetics, and every little detail matters, AIO’s can help you achieve your dream build while providing better temperatures with less noise.

Also, both are ultimately cooling systems, meaning the one that does a better job at preventing your PC from overheating should be the winner. This is why we recommend starting from there.

If you have a very powerful CPU, such as the 11900K or the Ryzen 5900X, you need something to keep it cool at all times, especially while it’s under heavy load. Grab an AIO if this applies to you.

On the other hand, if you are on a budget and you use your PC for everyday tasks and some light work, you can save some money by reducing costs and purchasing an air cooler. 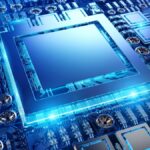 What CPU Do I Have?

Bojan is a video-game developer and a tech enthusiast. Combining these two passions allow him to keep you informed on everything that's new in this fast-paced digital world.