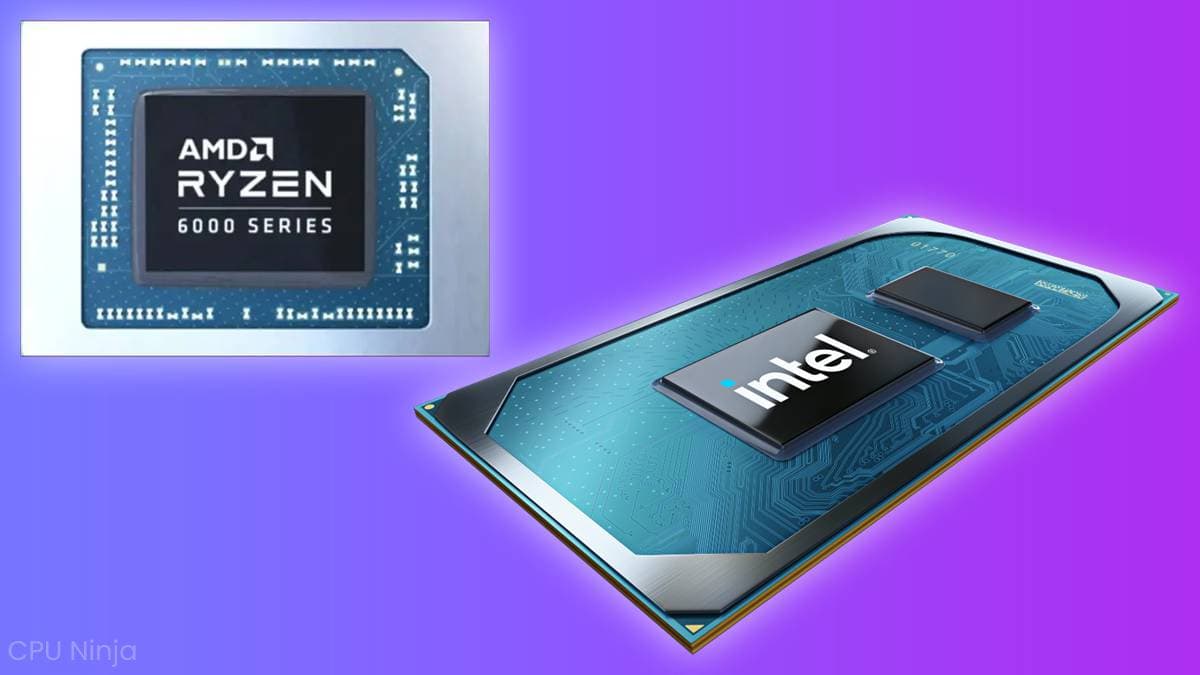 It would be a lie to say that laptops can be powerful as desktop PCs. The GPUs and CPUs that fit into these devices simply don’t have enough power to be comparable. However, today’s mobile processors are much more powerful and power-efficient than they used to be, so they are much closer to desktop processors than most people think.

With Intel and AMD frequently releasing newer and newer generations, keeping up with the processors can’t be easy.

That is why we are writing this guide. We want to ensure that you and anyone else looking to buy a new laptop will make the right choice by picking the correct mobile processor.

The best way we can help is with a laptop CPU hierarchy list based on gaming/productivity performance and power efficiency.

The S-tier is where you will find the processors fit into the most expensive laptops. The processors in these laptops are usually matched with a powerful discrete GPU, so if you want the fastest gaming experience on a laptop, the S-tier is for you.

These S-tier processors also fit into Ultrabooks, which is a good choice for anyone that doesn’t prioritize gaming. Thin, light, and incredibly fast laptops that are dedicated to day-to-day productivity work. Ultrabooks can handle anything from everyday browsing, Excel sheets, code compiling, and other similar tasks.

For even higher productivity performance, the Intel i9-12900HX is another solid choice. This one can currently be found in Dell’s Precision 7770 and HP Omen 17.

While the i9 is currently the fastest laptop chip globally, the Ryzen comes in at a close second. However, it’s not just about having the best performance when it comes to laptops. As a customer, you should also look at power efficiency, which translates to better battery life.

Another factor that needs to be considered is the integrated graphics card. AMD’s RDNA 2 iGPUs are considerably faster in this segment than Intel.

Apple’s M1 Pro and M1 Max belong in this S-tier, too, since these are incredibly efficient while providing performance comparable to AMD’s and Intel’s fastest SKUs. That’s quite the feat.

Apple’s new M2 processor also deserves a spot in this S-tier segment simply because of its amazing efficiency. This processor inside of the 2022 MacBook Pro outperforms multiple 45W Intel and AMD CPUs.

Keep in mind it outperforms them while never peaking over 24W!

The 2022 MacBook Air also comes with an M2 processor, but expect slightly worse performance in this one as it has worse cooling.

Here’s an Adobe Premiere Pro benchmark comparison of the M2:

Not only is the M2 putting other CPUs to shame, but it also manages to pull 12 hours of video playback on just one battery charge!

The M1 Ultra would fit here perfectly, but unfortunately, it is unlikely that an Ultra will ever end up in a MacBook.

AMD’s Ryzen 9 6900HX takes the number one spot in this tier list for its performance combined with incredible efficiency. Admittedly, it is slower than the i9-12900HK, but we appreciate the extra bit of battery life you could get out of this powerful CPU.

You can find processors with near S-tier performance in this A-tier segment while costing considerably less.

CPUs like the Ryzen 9 5900HS, 5900HX, and i9-11900H are paired with expensive laptops like ASUS’ Zephyrus lineup but can also be found in more affordable models.

Even though the 5980HX and 11980HK are last-generation processors, they are still some of the most high-end chips and end up only in the most expensive laptop models. Usually in ASUS’ ROG laptop models.

The i7-1270P has a lower TDP than the rest of the mobile processors, so naturally, you can find it in more budget-oriented laptops. Alternatively, check out HP EliteBook 840 G9, Lenovo ThinkBook13x Gen 2, and Gen 4+.

Here’s a 15-minute comparison between an M1 MacBook Pro vs. a 5900HX ASUS ROG Strix:

AMD’s 4th generation 8-core CPUs also fit into this tier. Keep in mind; all of these processors listed above are fast and can handle most tasks you throw at them, but they end up in this tier simply because they are now outdated.

Intel’s 10th generation i7s and i9s are also fast enough to fit into the B-tier.

With so many different laptop CPUs available, some are bound to end up in this C-tier category. However, that does not immediately translate to a bad processor. In fact, every single one of these CPUs listed above is powerful enough to handle gaming, productivity work, or daily browsing.

For example, Intel’s 11th Gen i5s are still 6-core, 12-thread processors with a TDP of 45W, so they definitely can output high FPS in gaming.

Here’s a benchmark video of the Ryzen 7 Pro 4750U processor without a discrete GPU:

The D-tier category lists the slowest laptop processors of Intel’s and AMD’s last three generations. However, even though we are in the lowest tier, some of these processors can be great as daily drivers.

The rest are 4-core, 8-thread CPUs, which might not be enough for 2022. Of course, it depends on what you plan on working on with your laptop. But, since these are lower TDP CPUs (just 15W or lower), those 4 cores won’t be too fast.

Fortunately, these D-tier processors have something going for them, and that’s their pricing. Additionally, these CPUs fit into cheaper laptops.

To understand how low-end CPUs perform, check out this video where the i3-10110U was tested in 20 different games.

This laptop CPU hierarchy lists around 80 different mobile processors. Of course, we didn’t list all Intel or AMD laptop CPUs, but these are most of them. Or at least the most popular picks. Also, remember that we only added the last three generations of Intel and AMD CPUs.

Our laptop CPU rankings are based on different reviewers and benchmark charts like Hardware Unboxed, PassMark, MKBHD, etc. 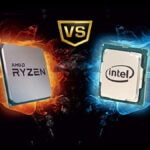 AMD Ryzen vs. Intel: Which Is Best?
Related Topics Tags