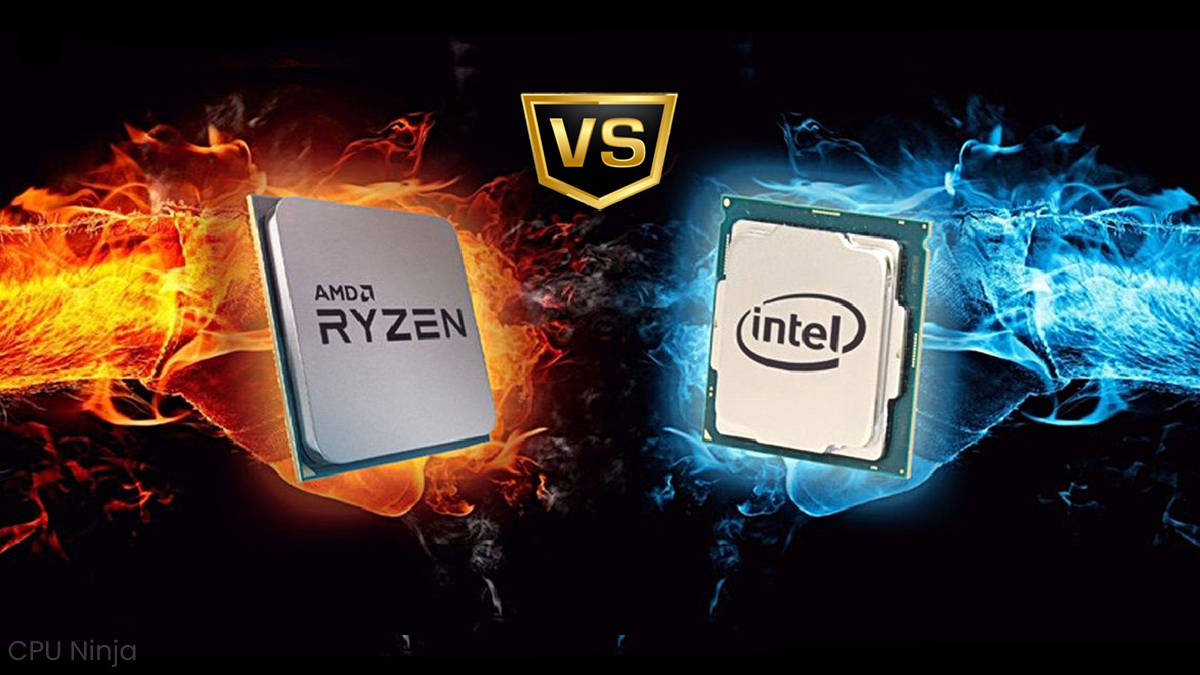 The CPU world is currently the best it has ever been. AMD and Intel’s recent years of competition have resulted in lower prices, more cores, and higher clock speeds. Whether you go with the red team or the blue team, you are unlikely to go wrong.

However, if you’re building a computer and want to get the best bang for your buck, you will need to pick a side.

In this guide, we have explored AMD’s and Intel’s products and explained their gaming/productivity performance and pricing to determine who offers the best CPUs.

Let’s get started right away!

Before we go into too much detail, we will provide a quick summary and overview of the current CPU market.

Here’s a table of some of the current high-end chips:

As you can see, the high-end market is filled with Intel and AMD CPUs.

As of writing, the world’s fastest gaming processors come from Intel’s Alder Lake generation of processors. These CPUs feature a brand new architecture and process node (10 nm), pushing Intel to the top.

Not only is Intel’s 12th generation competitive in gaming (sometimes also in content creation), but they also come at a competitive price. The i7-12700K has an MSRP of $419, outperforming the AMD Ryzen 5900X.

However, it is worth considering that Intel’s platform can be more expensive, so keep that in mind when making your decision.

To summarize, Intel is currently the best choice for anyone building a computer from scratch. Even so, AMD’s Ryzen 5th and 3rd generations are still solid options. Keep an eye open for any AMD discounts.

Before the 5th generation Ryzen, building a budget PC usually meant buying an AMD CPU. The first and second generation of Ryzen processors were considerably cheaper than Intel’s. They weren’t as powerful, but they still performed well enough.

The Ryzen 3000 series saw a considerable increase in performance, comparable to Intel, but it also became a bit more expensive. At that point, AMD was on top in gaming, creative work, and price.

However, the 5th generation of Ryzen changed everything. Intel became the underdog, while AMD held the gaming crown. Unfortunately, this power shift also led to a considerable increase in prices.

Here’s a table of the price changes:

In short, all SKUs received a $50 price increase over 3rd generation SKUs. This might not seem like a lot, but consider that 3rd and 2nd gen Ryzen already saw a price hike over their predecessors.

In response to AMD, Intel offered cheaper SKUs with slower or similar performance.

Judging by the chart above, it’s clear that Intel’s offerings are cheaper. However, that doesn’t paint a clear picture of the situation. We must also consider the cost of the platform.

With any CPU, you will also need a motherboard and some RAM. Let’s examine the cost of the board.

As of writing, the only motherboards available for Alder Lake are the high-end Z690s. These start at around $200 to $250 and go up to $500. The cheaper variants support DDR4, while the more expensive models support DDR5.

Of course, you can go with a DDR4 motherboard and ignore the faster RAM and PCI-E 5.0 to save some money. However, if you are already investing in a new platform, you probably want to utilize the CPU’s full potential.

Yes, you could always upgrade the RAM and motherboard in the future, but that’s another unnecessary expense.

AMD’s advantage is that the Ryzen 5000 series supports older B450 and X470 platforms, which are considerably cheaper than the latest B550 and X570 motherboards. This does mean you will miss out on PCIe Gen 4, but at least you get overclocking with B450.

You can overclock Ryzen CPUs even on A520 chipsets (the cheapest AMD motherboards available).

Intel, on the other hand, is currently limited to Z690s. Even with B660 boards, they will probably be more expensive than B450 boards and won’t support overclocking. DDR5 B660 motherboards could also be costlier.

Whether you want DDR4 or DDR5 in your Intel system, you will end up paying more than for an AMD system.

To determine whether that extra performance is worth it, check out our next point: Gaming Performance.

So, which team offers better gaming performance? Is it the red or blue team? Considering how similarly they perform, it is difficult to say.

A few years ago, the answer was more straightforward. Intel, with its i9s and i7s, held the gaming crown and stood at the top of gaming benchmarks for a long time. However, AMD’s first two generations of Ryzen did come very close, so it was still a tough decision for consumers.

However, that changed when AMD took the number one spot for a year or two. AMD and Intel are now constantly battling at the top. This type of competition is great for tech enthusiasts because it opens the door to lower prices and better performance.

Intel pushed their 11th-generation SKUs to retake the top spot, but they weren’t successful. Alder Lake, on the other hand, is a different story. With the i9-12900K, i7-12700K, and i5-12600K, Intel quickly took over the number one position in FPS.

To make this battle between the two brands a bit easier to understand, let’s take a look at some benchmarks.

We will start with Intel’s newest and most significant addition, the i9-12900K.

In the chart, we can see that the i9 outperforms both the 5900X and the 5800X. We see that with the 5950X as it performs similarly to the 5900X. Naturally, the 11th generation flagship is also behind.

It is also worth noting that there isn’t much difference between 1% lows and average framerate.

This makes it pretty clear that the i9-12900K is currently the fastest gaming processor. Even so, you should consider that the performance difference between AMD’s and Intel’s flagship is only around 3%. Some would argue that this is negligible.

If you want to see some individual game benchmarks, here’s the video.

To determine the winner in gaming performance, we need to compare some mid-range CPUs.

We’ll use another Hardware Unboxed 10-game average benchmark to get a visual comparison. Both of these CPUs perform almost as well as the 5800X and the 12700KF.

Sure, that extra performance from the more expensive options can come in handy, but if you are on a budget, it is best to invest that extra money in a GPU.

What’s more, the difference between the i5 and Ryzen 5 is just 2 FPS. Specifically, the i5 is 1% faster, which is again negligible.

So, which CPUs are better for gaming? Well, even though AMD and Intel perform so similarly, we will still give this to Intel for taking back the gaming crown.

A processor’s performance cannot be determined by gaming performance alone. It is also important to know how it can handle different productivity-related tasks. These include browsing, using Excel, rendering (in apps such as Blender, Maya, Cinema 4D), and others.

Naturally, if your only intent for your system is to play video games, this shouldn’t be a significant factor.

Either way, let’s look at some benchmarks and see exactly which CPUs are faster in content creation, applications, and productivity.

We will start with some of the high-end processors.

Looking at the Corona 1.3 benchmark, we see that the Ryzen 5950X is roughly 15% faster than the i9-12900K. That is a significant performance gap but remember that the i9 is a 24-thread CPU while its counterpart has 32 threads and 16 big cores.

The 7-Zip compression and decompression benchmarks show a different outcome. While Intel’s processor excels at compression, it lags behind in decompression. In Anandtech’s chart, the 5950X is 20% faster. The 5900X is a bit slower but still faster than the i9.

We can also see improvements over previous i9 generations in the Adobe Premiere Pro 2021 benchmark, where it also takes the number one spot.

On the other hand, Blender’s Open Data benchmark does not show the 12900K in the best light. It is faster than the 5900X but relatively slower than the 5950X and even the 3950X.

Overall, this looks more or less like a tie. To try to get a final answer, we will again check the 5600X and 12600K benchmarks.

We don’t need to examine these charts in detail to recognize that the i5-12600K heavily outperforms the 5600X everywhere. Where the 5950X shined, the Ryzen 5 does not. Instead, the i5 does.

Intel’s CPU dominates in Blender Open Data, Adobe Premiere Pro, and Corona 1.3. In Factorio and 7-zip decompression benchmarks, the i5 is faster, but they show a similar performance.

With that in mind, we can say that Intel is the winner in this round.

Intel’s last couple of generations of processors are known to use a lot of power and produce significant heat, requiring users to have hefty cooling systems.

Conversely, Ryzens require much less power and can be kept stable even with mediocre coolers.

At least, that was the case before Alder Lake was released. So let’s look at some numbers to see how Intel fares against AMD.

We can see higher power usage from Intel’s chips across the board. For example, the i9-12900K averages around 200 Watts in y-cruncher and Handbrake Power while it goes up to the 250W average in BMW Blender.

The AMD counterpart has much lower values even though it has a higher core count and no efficiency cores. As a result, power draw averages between 100 to 150W in these three benchmarks.

Keep in mind that all of these benchmarks are multi-threaded. Single-threaded tests have a lower power draw.

However, high wattage numbers don’t necessarily mean a bad processor. Yes, the 12th generation of Intel CPUs use more power, but they are also far more efficient than their predecessors, especially when you put their performance into perspective.

However, this category still favors AMD because of the low power draw and temperatures.

The max temperatures dropped to 95 degrees with an MSI CoreLiquid S360. That’s with a 360mm AIO. This is quite a bulky cooler (that will have trouble fitting in many cases), and temperatures still averaged 90 degrees Celsius.

After searching for the appropriate overclocking tests, we decided to go with Guru3D’s Cinebench R20 tests.

Guru3D reached a 5.3 GHz all-core overclock. Keep in mind that the 8 P-cores can be overclocked individually, while the E-cores can be tweaked but only in groups of four. Either way, overclocking the E-cores won’t bring any significant benefits. It will just raise the power draw even further.

Of course, this doesn’t mean you’ll see 30% performance improvements in all applications or games.

For those interested in tweaking CPUs, the clear choice here is the Ryzen processors.

After Intel’s tremendous efforts to bring competition back to the CPU market with Alder Lake, it is challenging to make a decision. However, with AMD’s investment in their Ryzen 1000, 2000, 3000, and 5000 processors, we will have to give them the win.

Without AMD’s push for more cores, better performance, and low power draw for affordable pricing, we would probably still be stuck with Intel’s 8-thread i7s. 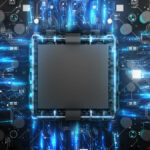