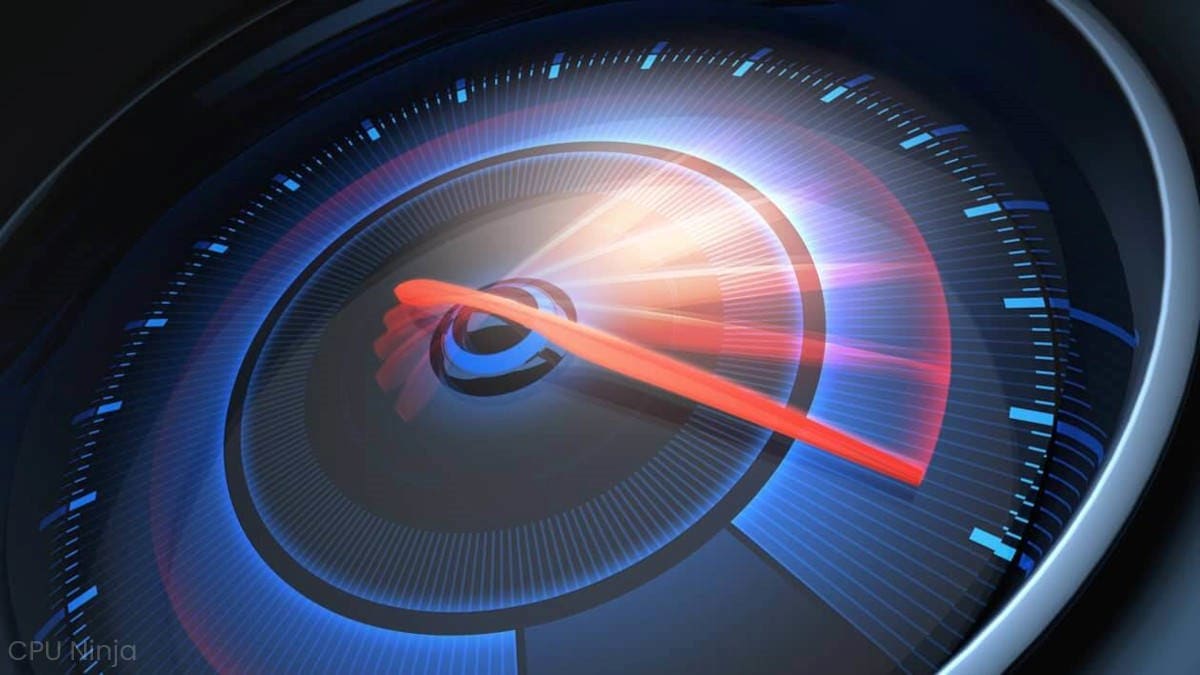 The problem with (almost) all PC hardware is that it can quickly get outdated only after a couple of years. This is especially true for CPUs or GPUs, as newer generations can be significantly better than the previous. This leads to more demanding video games/software.

And, considering the active battle between Intel and AMD, every year we get better CPUs with a higher core count at a lower price point, leaving your old CPU in the dust.

Fortunately, you don’t have to throw your CPU in the trash yet, as overclocking can provide you with that extra performance you need.

But, overclocking is never an easy task, so if you aren’t familiar with this process, we will try to explain what it is, how to do it, and everything else related to it.

Overclocking at its base is pretty simple to understand. Every processor comes out of the factory with a default clock speed. For example, AMD’s Ryzen 5600X processor has a maximum boost clock of 4.6 GHz. In other words, it won’t exceed that clock rate, no matter which video game or workload you throw at it.

However, you could push that boost clock to a much higher value with overclocking.

How much the CPU can be overclocked depends on a lot of factors. One of the biggest factors is the CPU’s quality of silicon.

This is why the term “silicon lottery” is thrown out so commonly in the CPU/GPU/RAM overclocking communities.

Winning the silicon lottery basically means that you’ve bought a product made out of the best possible silicon, leaving a lot of room for more power which equals higher clock speeds.

For example, user u/flayer99 on Reddit managed to boost their 5600X to 5.0 GHz on all cores, which is incredible. This person certainly did win the silicon lottery.

A quick word of caution. Overclocking may cause some form of permanent damage, and it could even void your warranty.

By increasing a CPU’s power, you may reduce its lifespan, performance, or even completely kill it.

Although these days, overclocking is a much safer process as both processors and their motherboards are equipped with several safety features to prevent the CPU from frying itself. Still, it is better to be cautious.

To ensure the safety of your CPU, it is suggested to have a beefy cooler against that extra heat you’ll get from a custom OC.

If you’ve accepted the risks of overclocking, it’s time to start getting into it.

The first thing that be done is to set a baseline. This baseline will help us later determine how far your CPU can be pushed and how much it is going to improve performance-wise. Plus, we have to see whether the CPU is overclockable at all.

To set such a baseline, we’ll first need to find exactly which CPU model you have. The quickest method to do so on Windows 10 is by opening Start Menu and heading into Settings. From there, hit System and scroll down to the bottom to pick the About tab.

In our case, it is an AMD Ryzen 7 3700X processor. This is an overclockable CPU. In fact, all Ryzen processors can be overclocked.

Intel CPUs, on the other hand, are a different story. Only the SKUs ending with the letter K, KF, X, or XE at the end of their names have their multipliers unlocked i.e., are overclockable.

Here are a few examples:

If you do not have such a CPU, your overclocking adventure ends here.

If you do, let’s continue!

To set that baseline we previously mentioned, we’ll need to do some type of benchmark. It is best to use a game with a built-in benchmark or benchmarking software such as Cinebench, Unigine Heaven, Geekbench 5, and others.

While running the benchmarks, it is also important that you have monitoring software active. We recommend using HWiNFO as it provides the most valuable information.

Once the benchmark is done, take a screenshot or write down the minimum, maximum, and average FPS. Open the monitoring software and do the same for temperatures and power usage/voltage. If using HWiNFO, specifically focus on CPU (Tctl/Tdie).

With this baseline set, we can start working towards overclocking.

If you’ve seen YouTubers, reviewers, and other skilled PC enthusiasts overclocking, they’ve probably done it all through the motherboard’s BIOS. It certainly is best to do it through BIOS, but it may be troublesome for first-timers as it isn’t as intuitive.

There are third-party options too, such as MSI Afterburner, but we think it’s better to go with the first two options.

Now, it’s time to do what you came for.

Open Intel XTU, and immediately head over to Advanced Tuning, as we will be doing most of the work there.

There’s even an option for benchmarking and stress testing. If you want, you could use those for a baseline and for testing post OC.

Back to Advanced Tuning!

Here, we’ll primarily be focusing on the multipliers and the core voltage. The multipliers multiply (obviously) the base clock (BCLK) of your processor. Usually, the BCLK is around 100 MHz. Adding a 30x multiplier to a 100 MHz BCLK pushes the CPU’s overall frequency speed to 3.0 GHz.

By default, all modern CPUs already have a multiplier in place, but we want to push those multipliers even further.

So, if your multipliers are by default on 30x, you’ll want to raise the multipliers for all cores by 1. This is called an all-core overclock, and it is much easier to do than fine-tuning every core individually.

Apply and then run your benchmark or use XTU’s built-in stress test. Make sure to run it for at least ten to fifteen minutes to ensure system stability. If your PC didn’t crash, you can continue raising the multipliers.

Again, increase those values by 1 and do another test while writing down the results and keeping an eye on temperatures. The maximum temperature for Intel’s 10th Generation is 100 °C, so keep that in mind.

Sooner or later, you will run into a crash while incrementally increasing multipliers by 1. Once it does, bring back the multipliers to their previous value.

Well, it is simple because we’ve been doing the most basic type of tuning. Going further requires a lot more fine-tuning.

This is where things get a little bit complicated and maybe a bit dangerous. To fully utilize the potential of your CPU, you’ll need to provide it with more power to handle the increase in clock frequency.

But increasing the voltage too much will definitely crash your computer and may even damage it. So, be careful. The general rule of thumb is to never go above 1.4 V. Although every CPU is different, so it is possible to go above that value, but it’s best not to.

So, back to the Advanced Tuning tab and look for Core Voltage.

Again, we’ll need to incrementally increase this value by a small amount. Let’s start with an offset of 0.20V+.

With that extra power, we can now do another increment to the multipliers and hope that it won’t crash this time. If it still crashes, do another 0.20V+ increase.

Go through a ten-minute stress test and keep an eye on the temperatures. If everything seems normal, you’ve successfully pushed the CPU’s clock speeds even higher.

With a lot of trial and error, it’s possible to get a great overclock. Keep in mind this process can take up several hours as every change requires a stress test/benchmark of at least 10 minutes.

Remember, for even more complex overclocking, play around with the multipliers, pushing one core to higher frequencies while keeping others on lower.

The process of overclocking an AMD CPU is quite similar, but a different software is needed, so we’ll explain that too.

The difference here is that we’ll be using Ryzen Master Utility which allows you to directly adjust the frequency of every core instead of increasing multipliers.

Now, open up Profile 1 or Profile 2 on the left side of the window and then select Manual under Control Mode. Manual provides us with complete control over every core clock speed.

Expand CCD 0, and you’ll see a number of cores. How many of them will be on your screen depends on which CPU you have.

So, if you have an 8-core Ryzen or higher core-count CPU, expand all CCDs.

Now, start increasing the frequency of all cores to the same value and then hit Apply. You could also go with Apply & Test, but it’s better to do your testing with Cinebench. So run that software and do a multi-core test.

For best results, just set the core voltage to 1.3V or 1.35V, increase the frequency and then slowly drop down the voltage until you start crashing again. This way, you’ll get the highest possible clock speed while reducing the power, which results in lower temperatures.

With a stable overclock, you can continue with further testing.

Once you have found that sweet spot of power, temperature, and clock speeds, it’s time to do some extensive testing.

Those 10-minute stress tests are not enough to determine a system’s stability. To be sure that your computer won’t crash the next time you are working on an important project or while in a competitive match, you’ll need to do some longer benchmarks.

We recommend running several tests on Unigine Haven with settings on medium to allow the CPU to clock to its maximum frequency. An hour of testing should provide you with a clear image of the system’s performance and thermals.

You could also try Prime95 since it is great for stress testing and determining system stability.

Do a few gaming sessions of the most demanding games in your library to check off any possibilities.

Overclocking by following this type of guide can be much simpler than it really is.

But, keep in mind, even when it’s easy, overclocking might not always be such a great idea. Sometimes, performance improvements are minuscule while temperatures considerably rise, which could hinder the performance of other components in your computer.

However, this also doesn’t mean that you shouldn’t try. Having the confidence to tinker with your PC components is a trait every tech enthusiast should have. Overclocking CPUs, GPUs, RAM, and doing custom PC mods can teach you a lot about computers. 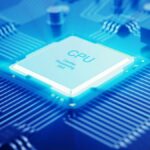