The tech world today is rich with dozens of terms or abbreviations denoting technologies, software, or hardware. One of the most commonly used abbreviations by tech enthusiasts, reviewers, bloggers, etc., is CPU and GPU.

Well, to help you understand the differences, we’ll explain what they are.

Related:What CPU Do I Have?

What Is A CPU?

The CPU (central processing unit) is the brain of every device out there. It’s a necessity for phones, computers, smartwatches, consoles, and everything else that is just as complex.

This essential part has several roles in one computer. It communicates with every piece of hardware, processes data, and sends data and commands to said hardware.

CPUs are made from billions of transistors forming multiple cores that can be focused on handling multiple tasks simultaneously. The CPUs from today, such as Intel’s upcoming 12th generation or AMD’s Ryzen 6000 series, boast multiple cores of up to 16 cores or 32 threads and sometimes even more.

Basically, the speed of your processor determines how fast your computer can handle tasks. So, whether you are trying to start a game or open a browser, the CPU is doing most of the work.

But, once the game is started, the work is offloaded to the GPU, which takes us to the next part of this article.

What Is A GPU?

Unlike the CPU, the GPU (graphics processing unit) has thousands of cores (compared to a dozen) that are dedicated to one type of task. So, instead of wasting energy working on multiple tasks, the GPU focuses its power on just one or only a few jobs.

What Is The Difference?

So, we’ve explained the roles of a GPU and a CPU in one computer, but what are their main differences?

Well, at their core, both of these pieces of hardware are quite similar. Both are vital for every computer, and both are processing units – a processor.

However, the architecture found inside of this hardware is very different. This is because they are created for a different objective.

As we mentioned previously, the CPU handles an assortment of different tasks. It splits its small number but very powerful cores to handle several tasks as quickly as possible. The processing lasts only a few microseconds and then immediately jumps to other processes.

The graphics card (or GPU), on the other hand, is specialized for certain types of tasks. Usually, that means accelerating some type of rendering and processing of graphics/visuals – such as YouTube videos, 3D models/scenes in Blender, and, of course, graphics in video games.

Today’s lifelike visuals in video games are extremely demanding, and GPUs require huge amounts of power. A great example of such power is Nvidia’s RTX 3090 with 24GB of VRAM.

Of course, GPUs today are much more advanced than they used to be, so now they can handle a variety of tasks such as decoding, encoding, and a lot more.

The Future Of CPUs And GPUs

Over these last two decades, the purpose of CPUs and GPUs has stayed the same. However, the abilities of said hardware have changed. Graphics cards from today can do a lot more compared to the GPUs from the beginning of the 21st century.

FSR is made for that same purpose, but it doesn’t use hardware such as Tensor Cores or deep learning, but it still provides a sharp image while boosting performance.

Just imagining such a concept ten years ago was probably impossible even for the best GPU designers, let alone building a GPU that can handle such a task. This means that in the future,  the GPU’s role as part of the computer could potentially change.

The same can be said for CPUs. They have developed so much over the years, especially during the Ryzen era. The core count in 2021 is several times higher compared to the CPUs of 2016 or earlier.

Outside of the consumer world, some CPUs go up to 64 cores and 128 threads. The number of cores has increased so much that people have managed to run games solely on the CPU. Here is a video of Linus Tech Tips using an AMD Threadripper 3990X to run Crysis:

So, what lies in the future of CPUs? Could the core count increase so much that we wouldn’t need GPUs anymore?

Naturally, we are unable to make such a guess. What’s left is to enjoy the computer hardware we have today and wait to see what the future brings. 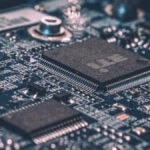