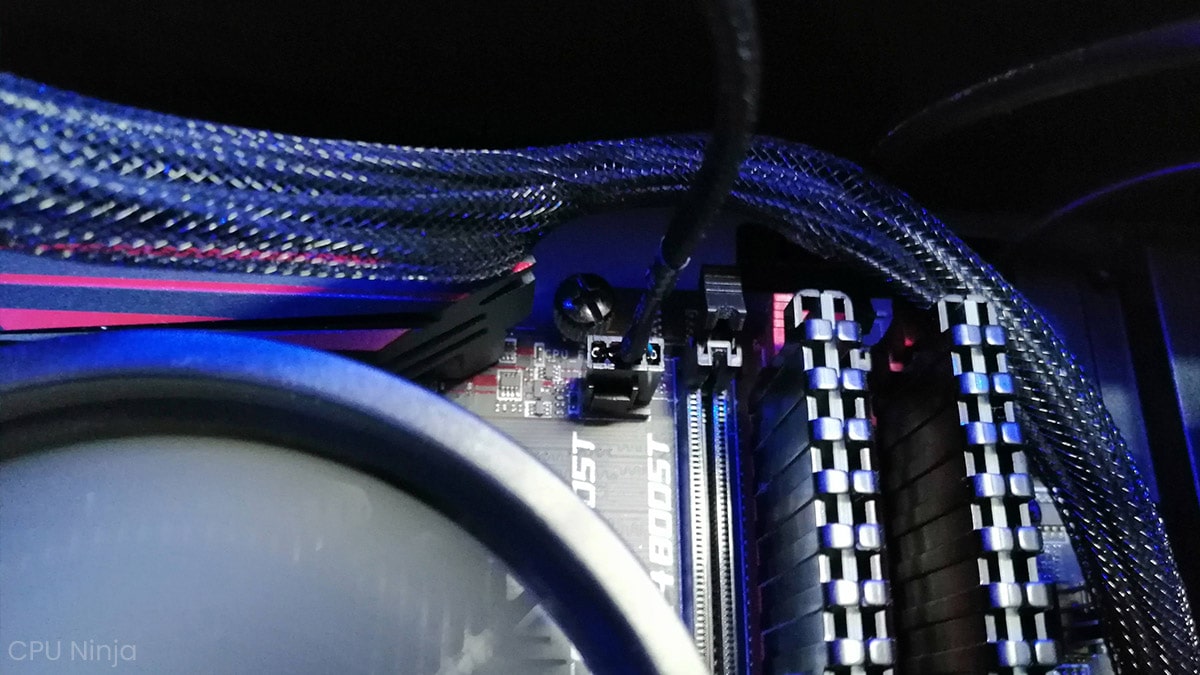 In this article, we shall discuss the two separate, but confusingly similar headers on your motherboard that both seem to refer to a CPU fan.

Why exactly are they called that way? Can they be interchanged? And what about the other fan headers in my motherboard? Read on below.

What Is A CPU Fan Header?

Commonly designated as CPU_FAN, this is a basic connection pin on your motherboard dedicated to a fan designed to cool the CPU.

It has four pins, which provide power, ground, sensing, and speed control features. It also has a notch on one side, so that the connector on the fan can only be plugged onto it on one side.

While the pin configuration of the CPU fan header is the same as with most fan headers on the motherboard, the specific CPU_FAN header has a built-in check and failsafe.

If there is no connected fan to it, the system will assume that your CPU does not have a fan installed, and will refuse to properly boot.

Also, the CPU_FAN header will always be located somewhere near the cooling solution of the CPU (near the VRMs, or near the DIMM slots).

The location is typically convenient enough so that the wires can be easily routed for optimal cable management.

What Is A CPU OPT Fan Header?

This one is designated as CPU_OPT, which stands for CPU Optional. As the name suggests, it is an additional header reserved for non-basic configurations for CPU cooling solutions.

One very basic example is if the cooler uses more than one fan. Products such as DeepCool’s AK620 or Arctic’s Freezer eSports 34 Duo will have two separate 120mm fans.

While the CPU OPT fan header does not have the same boot time failsafe as the main CPU fan header, it can still provide minimal monitoring and diagnostic functions.

At the very least, the connector can tell if the fan connected to it has a potential malfunction.

Can You Use The Two Fan Headers Interchangeably?

If the connected hardware is both similar, then yes, you can swap between them at any given time.

But if the connections are different, such as when connecting fans and pumps from AIOs, then it is recommended to plug the fan to the main CPU_FAN header for less confusing diagnostics.

What About The Other Fan Headers On The Motherboard?

CHA_FAN and SYS_FAN are configured for chassis fans and system fans respectively. These are reserved for more configurable or powerful fans.

It is good to note that even though these headers have individual labels, you can actually mix and match compatible hardware between them.

Just make sure that case fans are built and oriented to provide the most optimal airflow necessary for your system build. 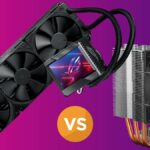 AIO vs Air Cooler – Which Is Best?