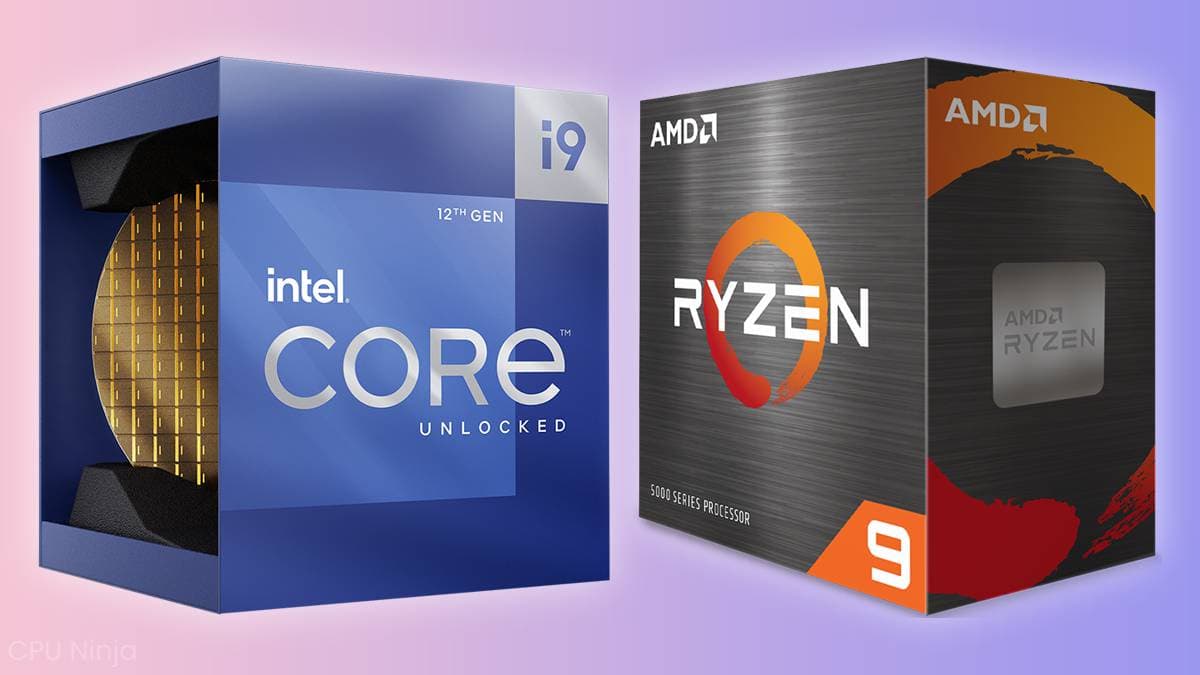 Back in 2019, if you asked any tech enthusiasts, tech reviewers, or PC experts about a CPU suggestion, they would immediately recommend a Ryzen processor.

Fortunately, things have changed over the past few years, and Intel is finally competitive again in all aspects. So, whether we’re talking about gaming, productivity, or just running basic computer tasks, Intel delivers.

However, both companies offer great CPU options, so the AMD vs. Intel CPU battle continues.

To help with that, this guide will tell you about the best CPUs in all categories.

First off, let’s have a look at the most exciting category – the best high-end gaming processors available.

In this category, expect high FPS but high prices too. So, if you are looking for budget-oriented solutions, we recommend heading to our budget selections below. 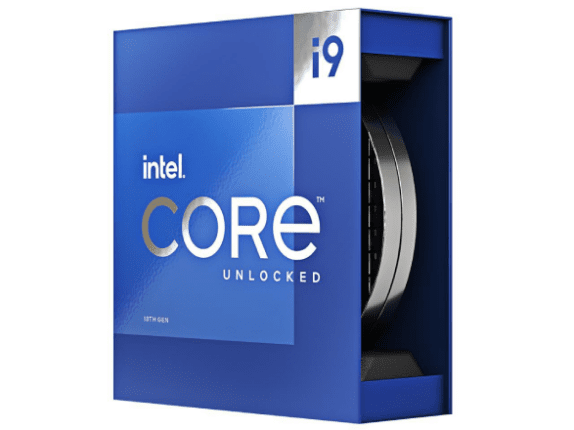 Not only is it faster than AMD’s flagship processor, but it is also cheaper. It is priced at $589 and is a much better choice than AMD’s $699 MSRP.

This next-gen i9 comes with eight more (Efficient) cores with a total of 32 threads compared to just 24 threads on the i9-12900K.

Those extra efficient cores also help the new i9 perform nearly as fast as the Ryzen 9 7950X and sometimes even faster.

A big advantage over the Ryzen 7000 generation is that you can pair this CPU with a DDR4 motherboard and RAM which can be quite cheaper.

Although if you want to get the most out of your Intel flagship CPU, you will need to go with high-end DDR4 RAM (around 6000+MHz.) 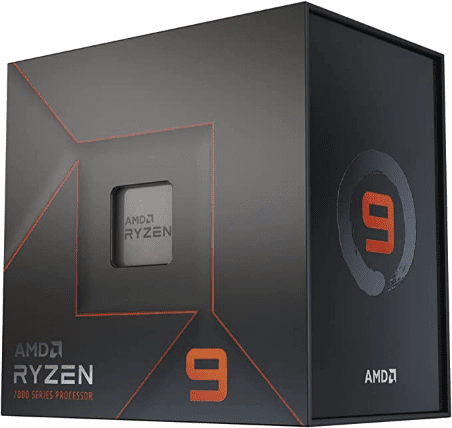 The Ryzen 9 7950X is AMD’s flagship processor, and it is one of the fastest CPUs in the world, right now.

While it delivers exceptional performance in gaming, the i9-13900K is faster and cheaper, so it’s not the best choice if you plan on gaming. 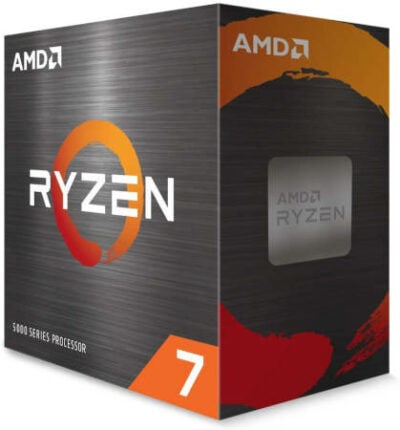 The Ryzen 7 5800X3D is AMD’s latest and probably one of the last CPUs introduced for AM4 motherboards. It may be the last, but it’s not the least.

It is one of the fastest gaming CPUs in the world at a very competitive price.

This processor is so powerful for games because of its 96MB of L3 cache, which was achieved with AMD’s 3D V-Cache technology. That’s three times more than the original 5800X.

This category is for high-end processors that offer a considerably better value than the flagship CPUs we previously mentioned. 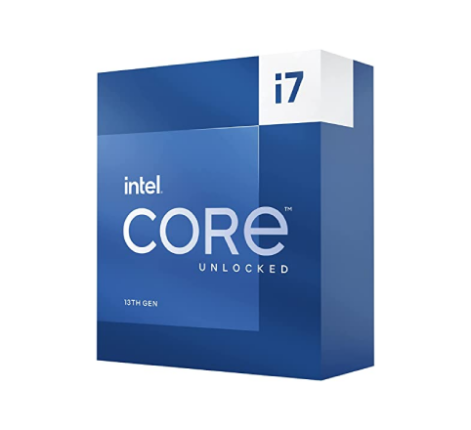 The i7-13700K is Intel’s second-fastest processor and can easily be compared with the 13900K or the 7950X with its gaming performance. So much power for a price of $450 is definitely an attractive offer.

The 13700K won’t have any issue handling productivity tasks either with 24 threads in the CPU die, especially if you compare it with the 8-core Ryzen 7 7700X. 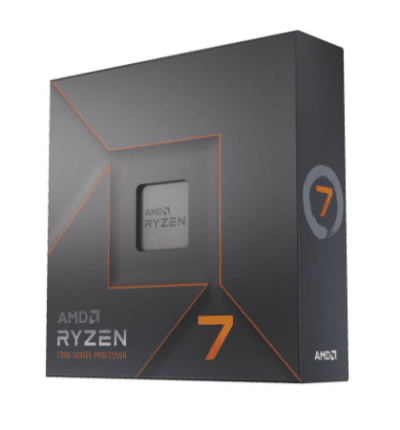 A 16-thread CPU with excellent efficiency and tons of other advantages, but it does have some strong competitors. Even though it is about $50 cheaper than the i7, the DDR5 memory and motherboards are still too expensive.

So, ultimately, going with Intel might be cheaper, depending on your location, retailer, etc.

Most gamers are always looking to get the best performance out of their money. This category is focused on CPUs that offer the best value. 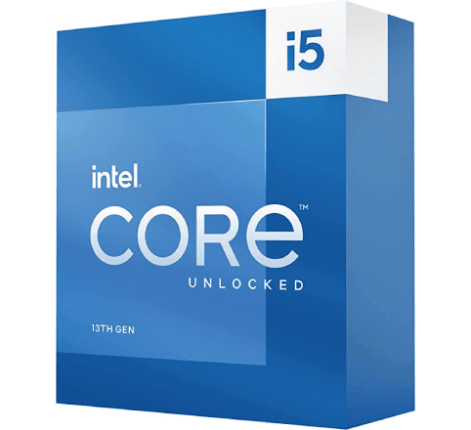 The Intel Core i5-13600K is currently the overall best CPU. A price point of $330, good performance in gaming, and productivity tasks. What else can you ask for?

Even though the Ryzen 5 7600X is $30 cheaper than the i5, Intel’s CPU still offers much better value. Just like the rest of the 13th Gen lineup, the i5 works with DDR4 platforms, which is why it ends up as a cheaper build.

That’s not all though, the i5 now has 14 cores, which is why it obliterates the measly 6-core 7600X at productivity w workloads. In gaming performance, it is no more than 5% slower than the Ryzen, if paired with a flagship GPU.

Overall, the i5-13600K is an excellent choice for a CPU. We heavily recommend it! 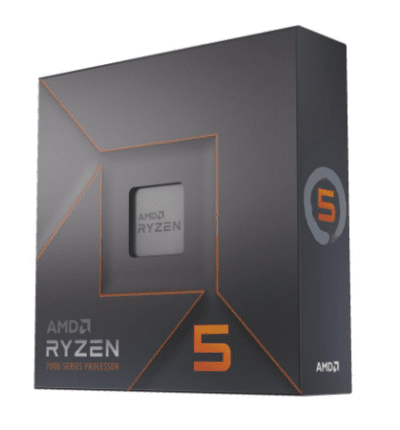 AMD’s Ryzen 5 7600X is AMD’s best overall CPU for $300. In games, it is only slightly slower than the rest of the Ryzen 7000 lineup, while losing to any 6+ core CPU in productivity applications.

Because of its huge jump in core frequency, the 7600X also sees an increase in power usage compared to its predecessor.

Fortunately though, with ECO mode enabled at 65W, the 7600X manages to maintain most of its gaming and workload performance. 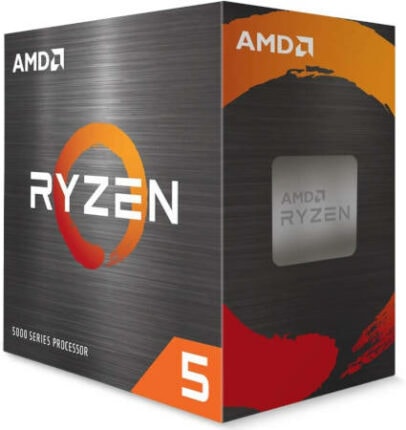 While the Ryzen 5 5600X was AMD’s best CPU, it was quickly overshadowed after the release of the Ryzen 5 5600. This non-X version is considerably cheaper while delivering the same performance.

Overall, AMD’s CPU hits the sweet spot in all aspects. It delivers high-end-like performance in games, is good enough for productivity tasks, and has astounding power efficiency; you won’t see this CPU pull any more than 70W from the PSU. 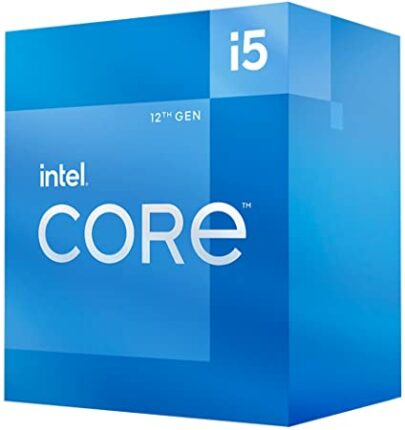 Even though there is a huge price gap, the performance is quite close between these CPUs. Sure, it is about 6% slower than AMD’s Ryzen, but it’s also around 30% cheaper.

Great performance, 12 threads, low power draw, and the ability to overclock make for a perfect CPU option. Some i5-12400 users managed to overclock it up to 5.0 GHz, leading to a 20-30% performance uplift.

Thanks to AMD’s and Intel’s innovation over these past couple of years, even budget CPUs are quite fast in gaming nowadays. 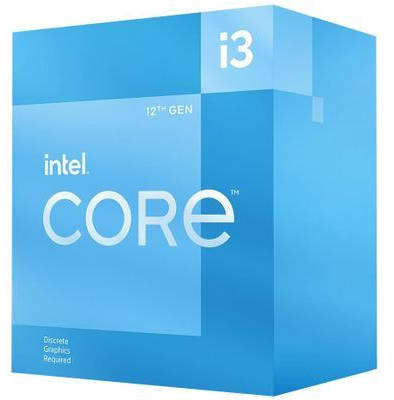 Even though the Intel Core i3-12100F has only 4 cores and 8 threads, the performance is not hindered. On the contrary, these cores are so powerful the i3 delivers performance comparable to the i5-10600K for an MSRP of just $120.

It also outperforms the Ryzen 3700X and the previous budget king, the Ryzen 5 3600X.

Pair this CPU with a cheaper motherboard and DDR4 kit, and you’ll have yourself a solid gaming system for less than $300. Heavily recommended! 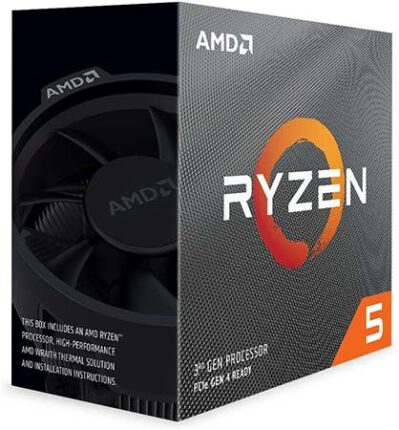 The Ryzen 5 3600 was the CPU budget king for several years. But, with Intel’s interest in offering good value with Alder Lake, that’s no longer the case. Still, the non-X 3600 is a great processor if you manage to grab it at a fair price.

The original MSRP back in 2019 was $199. These days, you can probably grab it for less than that. It will be slightly slower than the i3-12100, but at least you’ll have 6 cores and 12 threads. It’s still a great budget pick, and we heavily recommend it.

With overclocking, it is possible to push this CPU up to 4.4 GHz. 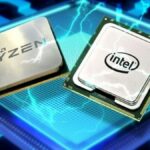